Twenty-two years ago, brothers Jim and Jason Ebel followed their passion for craft beer when they founded Two Brothers Brewing Company. Since then, Two Brothers has helped revolutionize the Chicago craft beer scene with a passion for creating high-quality, well-balanced beers that push the boundaries of flavor and innovation.

A Chicago craft beer pioneer, Two Brothers has been instrumental in introducing and popularizing a number of beer styles to the area, including German Hefeweizens, French Country Ales and Sours. Currently, Two Brothers boasts an extensive lineup, featuring seven year-rounds, nine seasonals and a number of artisan projects released throughout the year.

That unparalleled passion that encouraged the Ebel brothers to form one of the first craft breweries in Illinois continues to show today in everything we do. With an unrelenting commitment to sustainably brewing award-winning craft beer, Two Brothers remains 100% family owned and staunchly independent. It’s a passion that we share with our fans and one you can taste in every pour.

Inspired by the infamous imperial court of Russia, it features a firm, roasty maltiness and a generous helping of hops.

These are the lucky states where we distribute.

If your state isn’t highlighted below, then you’re currently out of luck, but keep your fingers crossed – we’re growing! 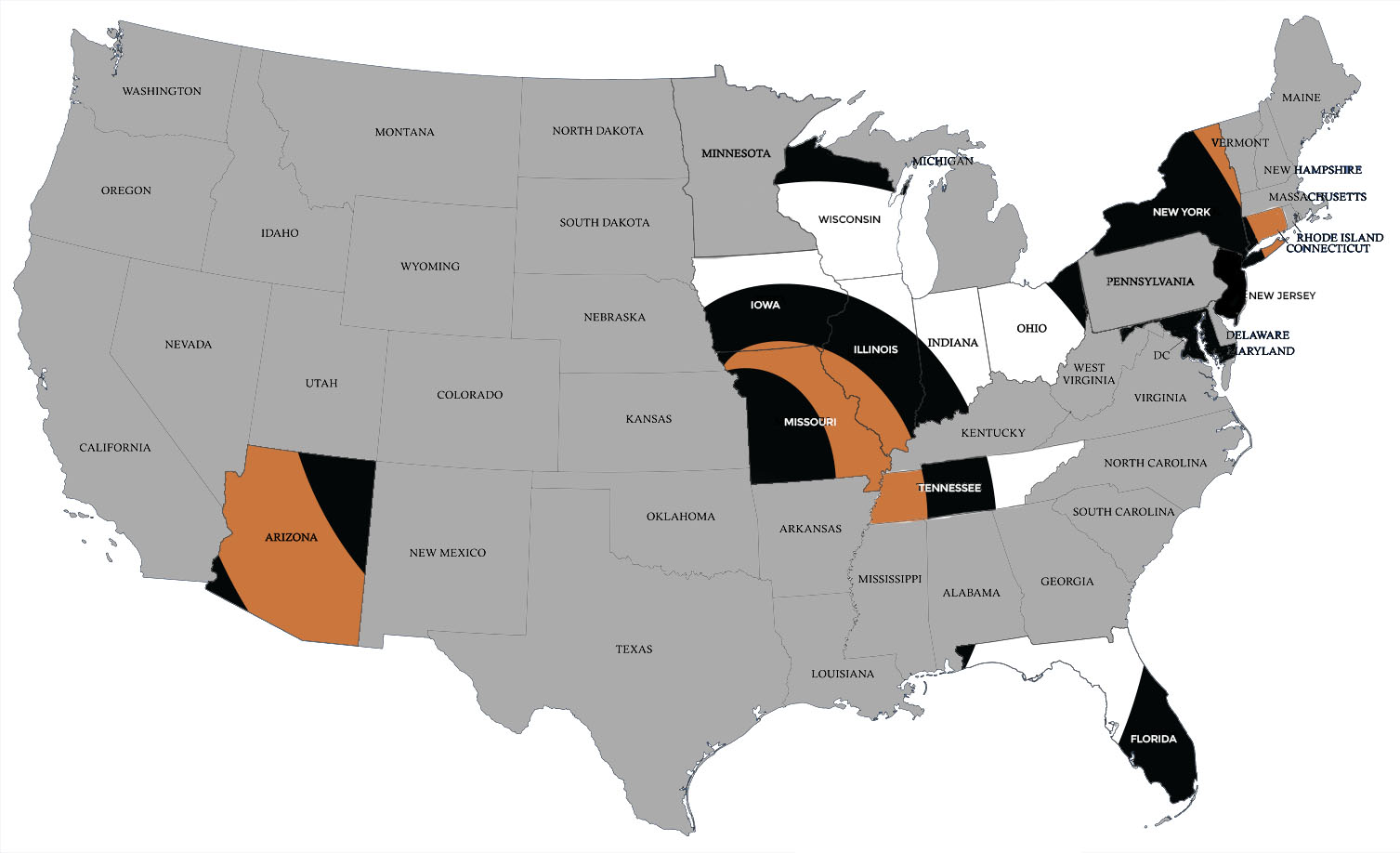 If you are looking for our beers in one of these areas, you can contact the distributor for locations. If you are a distributor and would like more information about our beers please email Leo@TwoBrothersBrewing.com. We offer growlers, bottles, 1/6th and 1/2 barrel kegs* to go in the Tap House.